Mucho Macho Man photo above courtesy of Benoit & Associates, all others courtesy of Horsephotos.com.

Led by Horse of the Year candidates Mucho Macho Man, Will Take Charge and Wise Dan, the National Thoroughbred Racing Association, Daily Racing Form and the National Turf Writers And Broadcasters today announced the finalists for the 2013 Eclipse Awards, recognizing excellence in Thoroughbred racing. Winners in 17 horse and human categories will be announced at the 43rd annual Eclipse Awards dinner and ceremony, presented by Daily Racing Form, Breeders’ Cup and The Stronach Group on Saturday evening, January 18 at the Gulfstream Park Racing and Casino in Hallandale Beach, Fla.

Of the 272 eligible voters representing the NTRA, the NTWAB and Daily Racing Form, 249 (91.5%) took part in this year’s voting. Finalists were determined in each category by voters’ top three selections, using a 10-5-1 point basis. Eclipse Award winners are determined solely by first place votes.

The 2013 Eclipse Awards finalists (in alphabetical order) are: 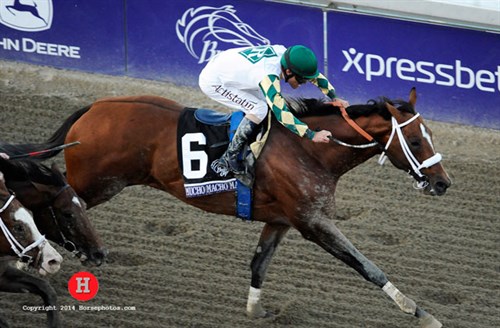 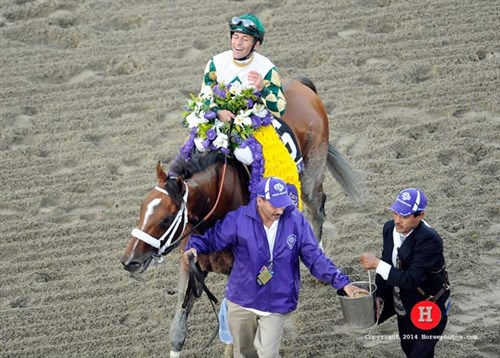 In addition to honoring the 17 winners in the horse and human categories, Hall of Fame trainer D. Wayne Lukas will receive the Eclipse Award of Merit and the Thoroughbred Aftercare Alliance will be recognized with an Eclipse Special Award. Jim Benes will receive an Eclipse Award as the Handicapper of the Year. Members of the media will be honored for outstanding coverage in six categories.

The Eclipse Awards, which will be televised live on HRTV, are named after the great 18th-century racehorse and foundation sire Eclipse, who began racing at age five and was undefeated in 18 starts, including eight walkovers. Eclipse sired the winners of 344 races, including three Epsom Derbies. The Eclipse Awards are bestowed upon horses and individuals whose outstanding achievements in North America have earned them the title of Champion in their respective categories. Those awards are voted by NTRA, Daily Racing Form and the National Turf Writers And Broadcasters (NTWAB). Eclipse Awards also are given to recognize members of the media for outstanding coverage of Thoroughbred racing.